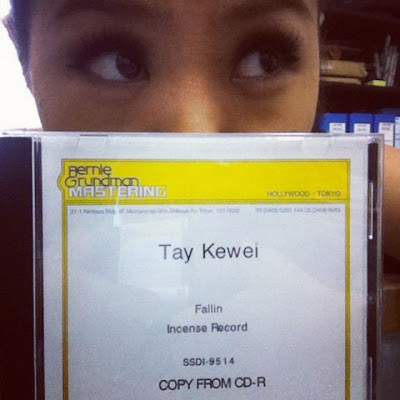 First peek at the mastered final from Bernie Grundman Mastering. 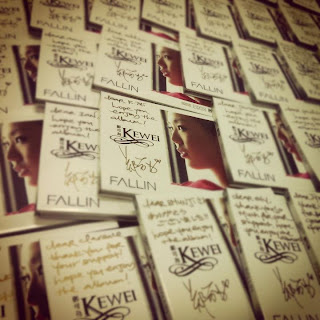 If you haven't gotten the album,
you can do so HERE!

A lot of  people ask,
Why mainly covers? Why not originals? (Where is your originality!! Why are you selling out!! Do you consider yourself a real artiste??)

I say, chill... =P
With this album we are trying out the Japanese market, where there is a demand for such a genre.
Also, we are working on promotion in Japan come June,
so I'm super excited about that!
It is a dream for me to travel with my music, and let it bring me to places I've never been.

Having said that, there are no Mandarin songs in this album also because it doesn't quite fit for Japan.

The good news is, the next album will be a full Mandarin original one,
so I'm looking forward to it as much as you are!!!! ^_____^


For this album,
I've included personalised notes for each track :) 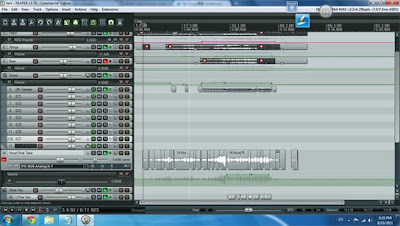 This was Tat Tong and I laying down vocals for the title track Fallin.

It was too much fun recording this song with Tat Tong, especially with his brilliant arrangement, which is dangerously addictive!! XOXO

We next worked on Lay Down.

When writing this song, I saw myself playing the piano in a quiet and dim hall, singing with a fragile longing heart. If you listen carefully, it echoes.. Lay down your pain in this song... 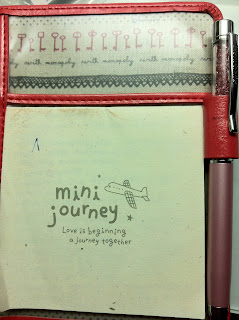 Lay Down was borne from my scribblings on a notepad tucked in my passport holder.

I was leaving for Taipei last January (Jan 21 7+am to be exact, as indicated)
and I was in a wonderfully bad mood,
so I milked it for all its worth and tried to squeeze my emotions dry.

I underlined The Curse of A Songwriter
which was to magnify, expand and pick on the wound... 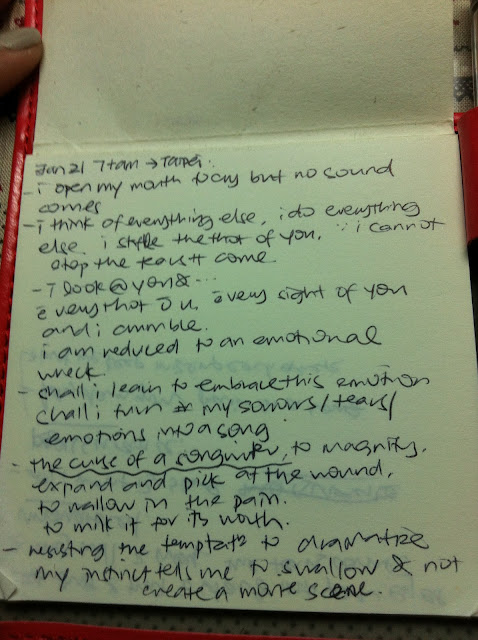 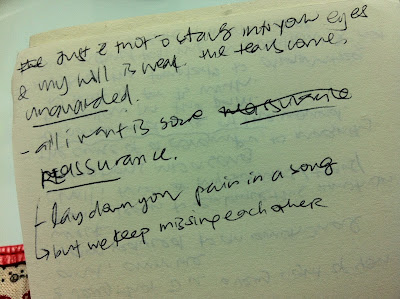 Later I structured these scribblings and fit them into a tune :) 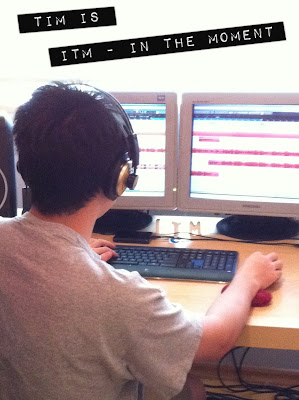 I recorded the rest of the tracks with Timothy Ngoh from Invisible Men Productions.

Every album seems to be complete only when topped off with a Koji Tamaki ballad, which took one extreme end of the emotional spectrum. This was the most difficult and heart-wrenching song to record in the album, I hope it sings to your heart.


Rolling In The Deep -


It was exciting to be more experimental in song choice for this album, especially with this one!

This is one of my favourite tracks on the album, I hope my interpretation will be as classic as the original!

Many thanks to Bang Wenfu for his string arrangement, which is delicate yet soaring. I'd like to dedicate this to all my loyal fans who have supported me through all my ups and downs. 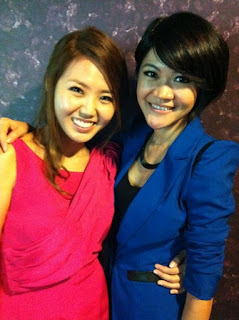 Khalil Fong's music is definitely one of my influences, and to record this with Einein means so much to me! Einein and I have come a long way since covering Khalil's songs on Youtube, releasing a DIY independent EP 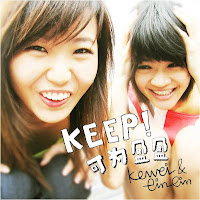 Our 1000 copies of KEEP! are sold out, but you can still grab the digital tracks off cdbaby or iTunes :)
Check www.keweieinein.com for more :)


I love everything about this song. I've been singing it since 2008. If you search deep enough on Youtube you'll find a badly recorded homemade version that made everyone think I had a lisp LOL.

Well, you don't have to search no further -


One of my favourite guitarists, Clarence Yeo, is a great friend and music partner since the beginning! Happy to work with Clarence on this song, featuring his signature groove!

I'd like to update that I have been practising Clarence's riffs and hoping to play this myself soon! =X 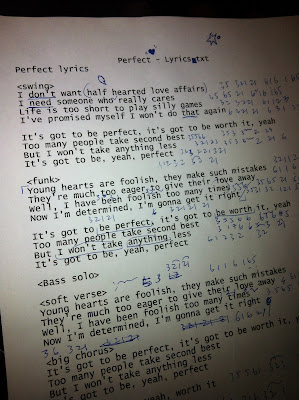 A bass and chorus only arrangement was something I really wanted to explore for this album, and I'm glad we found the right song for it! Many thanks to Seng for the chorus arrangement and for Christy Smith's funky playing!

Really enjoyed recording this quirky number, and Tim seems to like this off-kilter accent much!

What a feat! Check out my rappin', yo! This track is so groovy, it was born to be put on repeat, IMHO. Many thanks to Tim and Seng for putting extra effort into producing this song :)

You can grab a copy of the album HERE and get it mailed to your doorstep :)


PS. MUCH LOVE TO THE S2S TEAM for their amazing work!!! 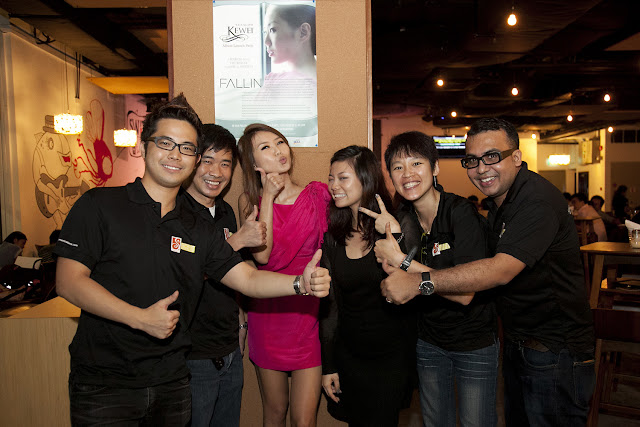 So I was really nervous before the launch.
I was having panic attacks, emotional meltdowns,
I didn't know I was stressed until I realised how irritable I had become.

I realised this happened before I launched my debut album as well,
the void between the production and the launch was when
i had listened to my own album so much in my car that it had grown old on me,
i couldn't judge anymore if anyone who heard it for the first time would like it.

I imagined no one would be interested in my album.
Every time my manager updated me on the Whos and the HowManys were coming to the launch,
I would think, wow, this is all going on out there...
okok there is some hope.

I also knew that I would be ok once I hit the stage
and did my thing.

I just didn't know what to expect.

It was way better than I expected.

It was a shot of confidence straight to the heart.

I was so happy to see so many people, and the night breezed through.
My team at S2S had everything covered, the team from Timbre held the ground,
and it was a great party. 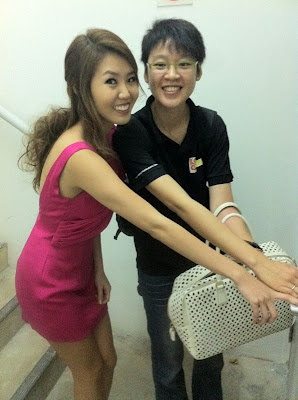 Lilin would know, she took care of me the whole time. I was in a whorl of my own.
We're seen here keeping the door open so we can hear when to make our Grand Entrance. 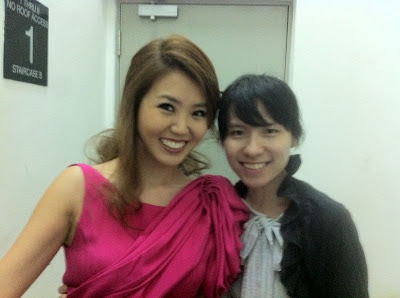 My makeup talent guru Jyue Huey from The Makeup Room who is always reassuring.
We were in a dingy stairwell just before the show. 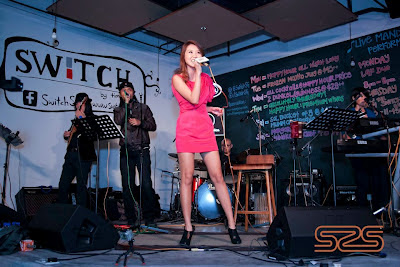 Facing time constraint we managed to nail down what we wanted for the songs,
I love the arrangement and setup so much I want to do a mini-tour with this band!!!
I wish more people can hear this setup live!! 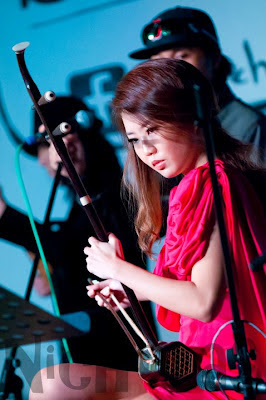 I played the erhu on Ikanaide, which was the most emotionally gruelling song in the album. While recording, I practically had to contort my body and face to squeeze out the suffering. 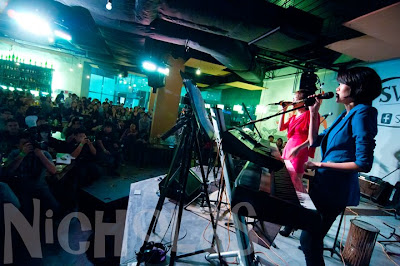 I also dueted with Einein, as a tribute to our KEEP! days!
Of course! We had to record Khalil Fong's Singalongsong for that most special episode in our lives. 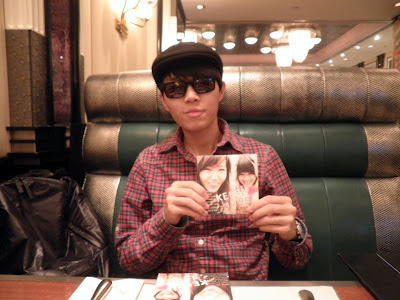 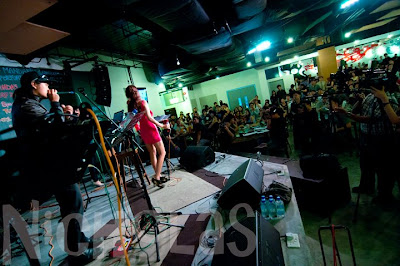 I really feel that with the amazing turnout,
the battle had been half won from the start.

Thank you everyone who came by!
That night I couldn't sleep (ok also i was packing last minute for Java Jazz Festival),
and all I could see were happy faces. 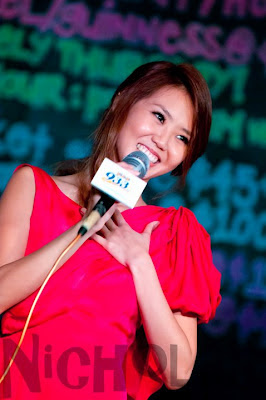 This picture by Nicholas Tan perfectly captures this,
with my hand on my heart,
saying Thank You for coming.
and sharing the night with me.


with love and gratitude
kewei

PS. You can buy the album HERE to be delivered to your doorstep
or at any of the remaining CD stores in Singapore.

the birth of Fallin'


Fallin
Music: Tay Kewei and Tat Tong
Lyrics: Tay Kewei
Intro:
I don’t know how
I don’t know why
You got me all smothered in a lovelorn high
Cuz I’m fallin fallin for you

I love this song -
it's expressive, it's dramatic,
it oozes jazz, it ends with a big bang!

This song was first born from a lalala demo with "I Will Always Be Your Boo" as the placeholder lyrics! :p

With the full-on arrangement,
the lyrics needed to be more emotional, more angsty,
and full on about unrequited love!

So i wrote about the agony of Fallin' in love,
having a crush on someone you can't tell or can't reach,
about love burning wild and out of control.

I've also been singing pop-jazz ever since my regular gigging days,
so this was really my comfort zone :)

PS. As you can see I am trying to resume blogging at length, more than 140 characters or captioned Facebook pictures!

I miss writing with insight, I will keep at it and hope you come back soon!
ask me anything here!

More on the entire album concept in a bit :)