ok this is dedicated to khalil fong

it's pretty crazy how it has all culminated to this.

allow me to take you back to the beginning -
this was the very first homemade Youtube video I ever made.
we spent a long time adjusting our position for the camera,
getting the light right, drawing the curtains, undrawing the curtains...
we uploaded this on 30 Aug 2007!


this was 5 years ago, the first two videos that me and einein made in her little bedroom (she has since moved places 3 times!!! you can trace that in our next videos... lol)

this 2nd video is perhaps the most viewed Fang Da Tong video we have ever made,
and I was even recognised on the streets because of this video.
We also caught the attention of his Hong Kong fans and even his record label!

The next one was about half a year later on 10 April 2008...
in between we covered other songs as well,
but the KHALIL effect was just too strong,
and we were seriously big fans,
so we went back to his songs...

somewhere along the way,
Khalil once came to Singapore for a promotional tour,
and I was roped in to surprise him during a 933FM live show in the studio...
that was AMAZING for me and the first time I met him...

you can sometimes still hear this live version being played on 933FM!

During this year, I was gigging regularly, touring with David Tao,
I guess we were all caught up with life.
Sometimes we think about what would have happened if we had kept at it and made things happen more quickly, maybe?


At this point, I'd like to thank Samson & Faith. 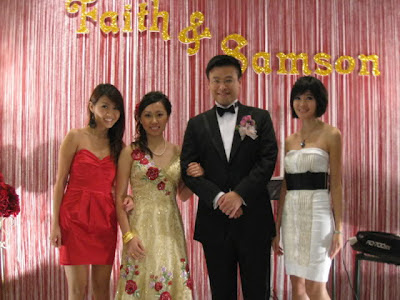 A big fan of David Tao, he found me online and flew myself and Einein to Hong Kong to sing at his wedding.

This was our first overseas wedding gig, and we were sooo excited about it!

Subsequently his friend Ellen & Eugene engaged us to sing at his wedding next year,
and we decided to also plan a performance in Hong Kong since we were gonna be there :) 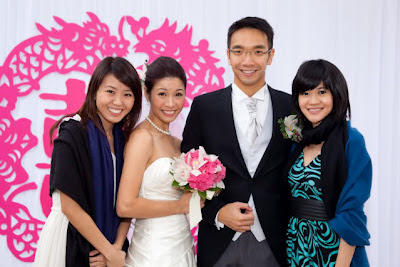 What about an EP then?
Let's not just perform in Hong Kong and let that be! so we thought.
in about less than 2 months we scrambled to get a simple EP of 3 songs out,
so we could leave a memento, with the enormous help of so many friends... 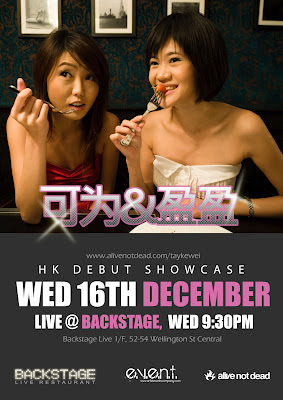 and we were officially going to HONG KONG to launch our EP!!!
we created another video to announce our show... on 30 Nov 2009

and.... FANG DA TONG CAME TO OUR SHOW.
with big thanks to www.alivenotdead.com for their help! 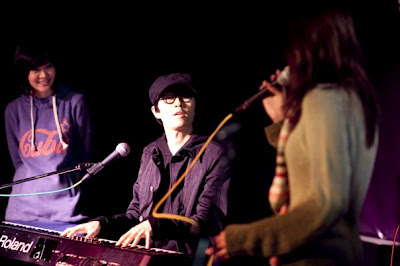 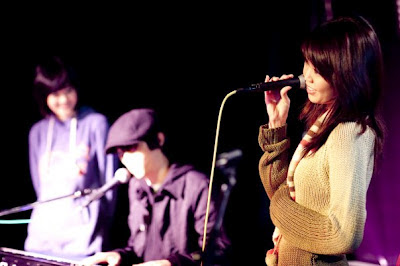 and we hustled him to come onstage to jam near the end of the show...

I think this probably did take the cake in this unbelievable journey...
More blogged right here -> http://taykewei.blogspot.sg/2009/12/kewei-einein-keep-world-tour.html


since the first video in 2007,
we scribbled some nonsense of a piece of used paper... 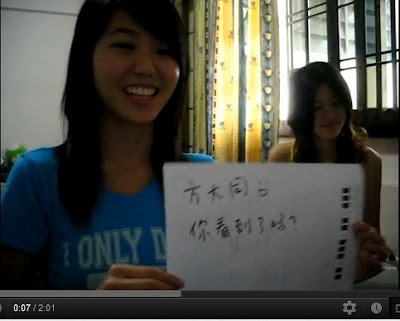 i think we pretty much set the universe in motion towards this goal from this second onwards.

all his lovely fans made it a point to help him see this, posting our video in forums,
(at that time there was no Facebook, no Weibo, no social media sharing)
and we were getting all excited at the first hints of him having seen this video.


to think we would actually have him grace our show, to our HUGE SURPRISE. 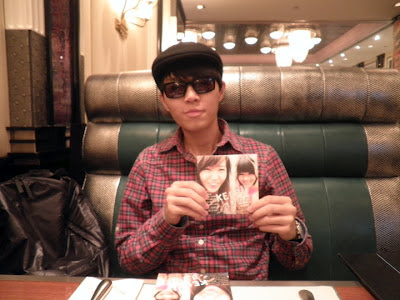 later our good friends Anita and Barry sent us this picture O_O
and me and einein will stare at this and 傻笑for a few minutes, at the incredulity of it all.

And we later went on to PK at 超级偶像。。。
and we chose his Love Song... 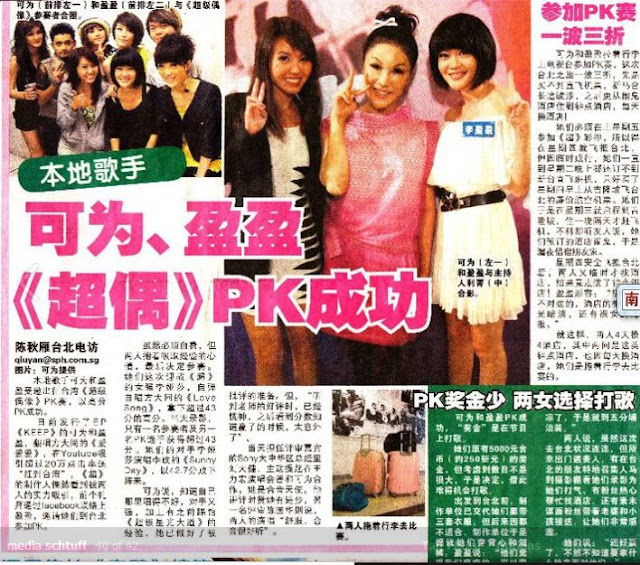 
one small regret is that while we shared the stage at Backstage,
Einein did not have an extra mic onstage...
so I sang the duet with Khalil only,
while Einein didn't get to...
but who knew her time would come some years later............. 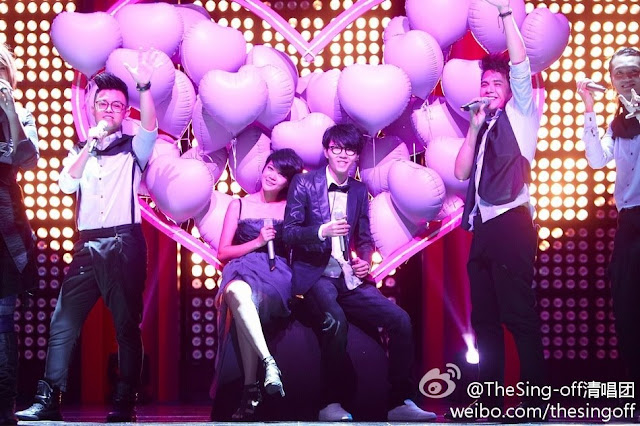